After upload, you will have the following function in Cloud Functions

NOTE: For every command that is needed for these cloud functions to be runned from the terminal or cmd, you have to be sure that you are running the command into the correct folder. The correct path is  cloud_functions -> functions

Function for sending emails to clients and deleting queue object

A function that creates or update geofirex object in firestore when the document is created  or update.

Function for creating or update the information.

- Function for searching  into the documents in firestore by:

Then copy the config string. 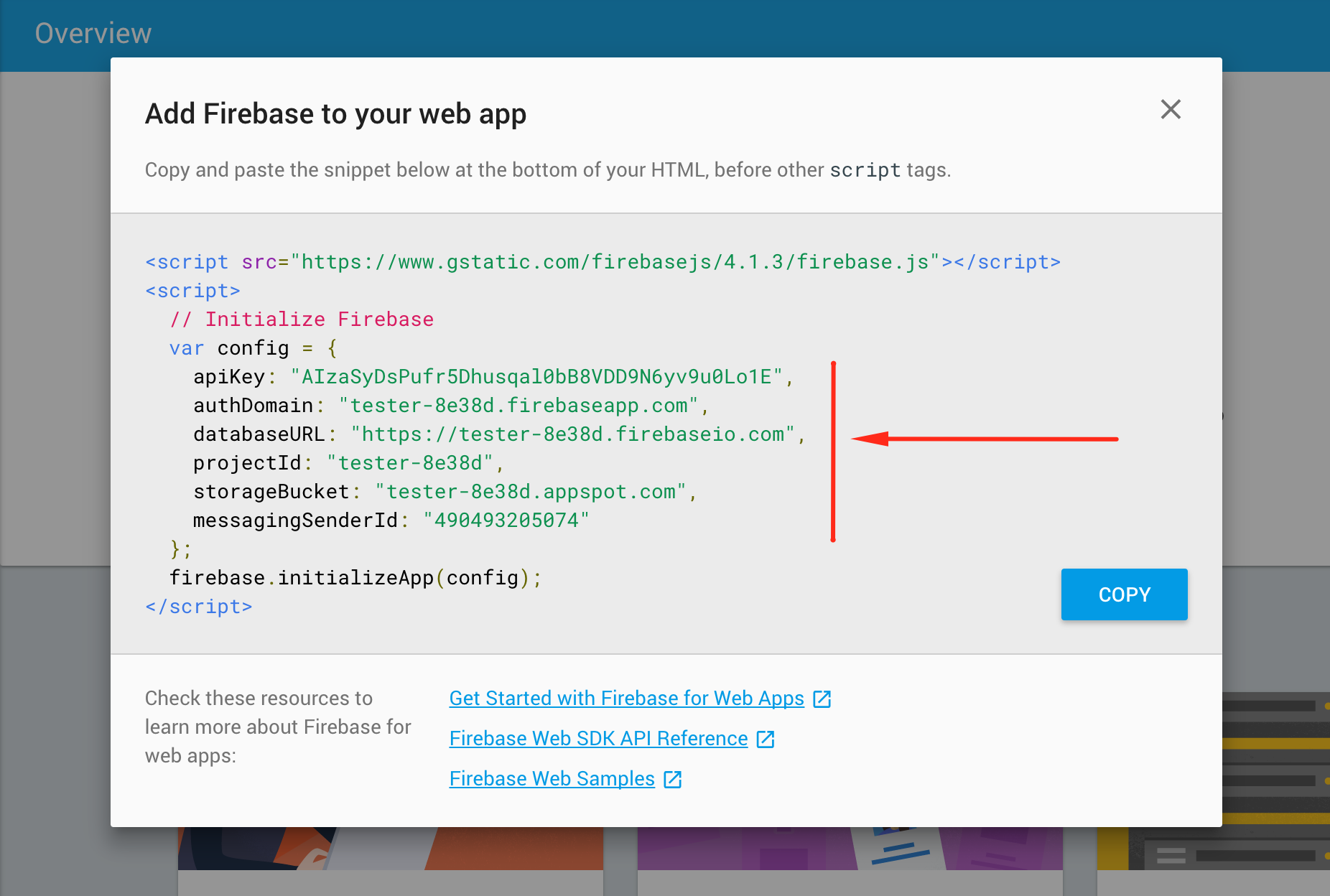 And replace it in the config.js file in the value of the variable configApp.

- Function for generating a thumbnail image for every uploaded image

The thumbnail generation is performed using ImageMagick which is installed by default on all Cloud Functions         instances. This is a CLI so we execute the command from the node using the child-process-promise package.            The image is first downloaded locally from the Cloud Storage bucket to the tmp folder using the google-cloud         SDK.